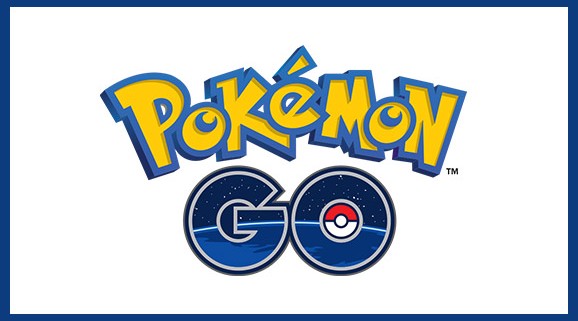 “Whenever I feel nostalgic about my sons’ early years, Pokemon is always a large part of those memories. I can still see my one son, a vision of yellow, dressed as Pikachu for Halloween, or the excitement in his and his brother’s eyes when they each dug a pack of Pokemon cards from the toe of their Christmas stockings. The cards provided some of their few happy playground experiences interacting with their neurotypical peers due to the fact that all children shared the universal language of Pokemon.

I recently discovered that like my sons, the creator of Pokemon is on the high functioning end of the autism spectrum. Long thought to have Asperger’s Syndrome, Mr. Satoshi Tajiri has confirmed this information, yet does not speak of his condition in public. This reclusive and eccentric man, who is known to work twenty-four hours at a time, spawned the gaming phenomenon that took the world by storm through his special interest in insects.

Growing up in rural Japan, Satoshi was obsessed with insects — to the point where he was dubbed “Dr. Bug” by other children. He spent every spare moment studying and collecting them, but when he realized that some of them kill each other in captivity, he let them go.

Soon, the rice paddies and woods of his hometown became apartment buildings and shopping centers and his local fishing pond was replaced by an arcade center. In reaction, his interests shifted to anime and video games. He became a passionate player of Donkey Kong, even starting his own business as a teenager who published tips and shortcuts to the game. He dropped out of high school, but later enrolled in a technical college.

His first original game was something he did entirely on his own, starting by dismantling a Nintendo system to see how it worked. At the age of sixteen, he won a Sega contest for best new game idea. He spent the next two years learning programming and the third year producing his first game,
Quinty.

By then, the Nintendo Game Boy had hit the market and the idea for Pokemon was hatched. Sparked by his lost love of insects, he wanted to reawaken an awareness of nature in urbanized youth. Gameboy seemed the perfect medium. The communication aspect of Game Boy profoundly touched Mr. Tajiri and the fact that it had a communication cable lead him to realize that actual living organisms could move back and forth across the cable. At that time, the cable was only used for players to compete against one another, but he wanted to design a game that also involved interactive communication. He envisioned the competitive aspect of Pokemon as being ritualistic and respectful, like two Karate champions or sumo wrestlers.

Mr. Tajiri, now in his forties, eschews the current violence of video games and describes this is as a cultural norm in Japan as well. He wanted to have his characters faint instead of die, because he believes children should “respect death.” When asked about having monsters in a children’s game, he uses the analogy of a horse who is dangerous if he gallops over you, but a useful friend if you are riding him. He added, “What’s more important is that the monsters are controllable by the players. It could be the monster within yourself, fear or anger, for example. And they are put in capsules.”

As for children who spend too much time playing video games, he explained that in Japan, children attend school much more than their American counterparts and only have time to play video games in small increments.

Interestingly, he observed that in Japan, the popular Pokemon “Pikachu” products are sold alone, but in the United States, there are more products with Pikachu and and his human Ash together. He believes Americans actually understand Pokemon more than the Japanese do because they comprehend the necessity of the human aspect.

And if you’re wondering where Pikachu and all the other names for the monsters come from, they each have a real and specific meaning.

Take Pikachu. ‘Pika’ is the Japanese sound for an electric spark, and ‘chu’ is the sound a mouse makes. So Pikachu is like an electric mouse. And “Poliwhirl” is reminiscent of a tadpole.

Recalling his childhood field observations, Satoshi explained that there are little whirls on Poliwhirl because when you pick up a tadpole, you can see its intestines.

Once again, we discover that the world is a richer place because of the fascinating contributions made by individuals on the autism spectrum. The fact that Satoshi Tajiri, who was both socially and emotionally challenged by his disorder, could bring such joy to so many children is both heartwarming and inspiring.”

Want to join the discussion?
Feel free to contribute!